Imported from the old blog, because people still ask:

In yesterday’s comments, Kristin said “you know, Susan, no matter how hard I try, I just can’t visualize Trout Towers, with the musicians and the upstairs neighbors and the chickens and all.”

I don’t blame her one little bit. I thought about her comment and thought it would be fun to encourage readers to describe the mental picture they have of Trout Towers. I would rather like that. Please go ahead and do that, even though I am about to spoil everything.

Trout Towers is a full Cape – two stories and a full basement. Fun Fact! The person who built it made the windows and chimney larger than normal to make the rest of the house look smaller. It is the clown car of houses. 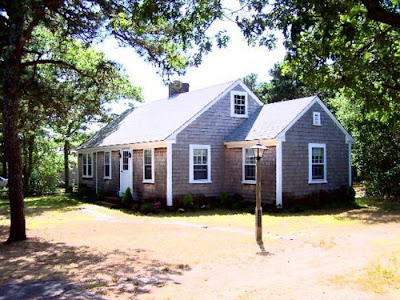 Or it would look like that, if it weren’t for a few curiosities we like to leave around the yard. Like the lawnmower. And a woodstove. Doesn’t everyone have a woodstove in their driveway? No? 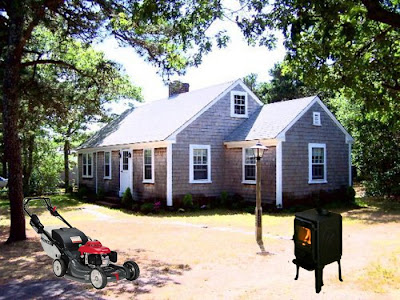 This shows the woodstove in the front yard, which would be tacky. Ours is in the driveway and therefore totally classy.

I may have mentioned at some point that Chris likes to bring things home from the dump. Specifically, windows. He’s fond of shower doors, but those must be around on the other side of the house because I couldn’t find a good picture of them. Also, my mother-in-law’s electric cart which we forbade her to drive because she was a maniac. And blind. But whatever. 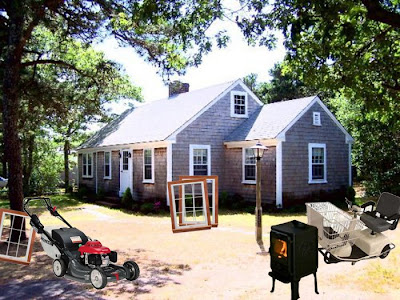 We are also great fans of the exercise thing and have various wheeled contraptions around the yard for that purpose. Mostly bikes, a tricycle and a jog stroller that birds may possibly be nesting in by now. I do not jog. 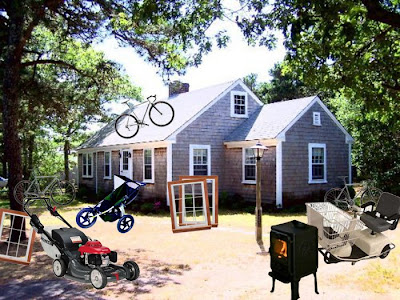 And let us not forget the chickens. 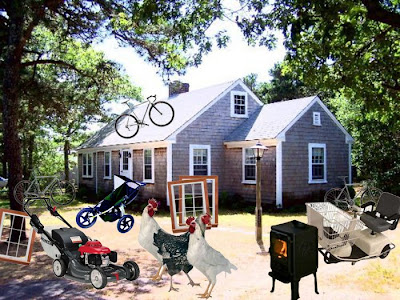 Lucky for everyone, Chris took down the geodesic dome he built and left to die on the lawn. It was going to be a garage, but never quite worked out that way. It was kind of an awesome, if overly large, sculpture – until we had kids and the kids had friends and the dome started to look like a really, really big home owners’ insurance claim. 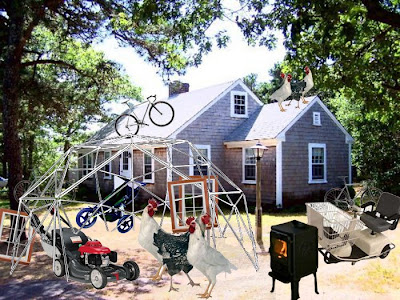 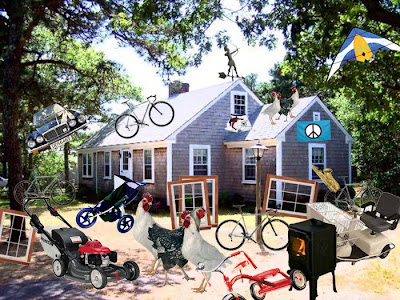 * Whoever actually owns the house I used in this illustration, I am really, really sorry.